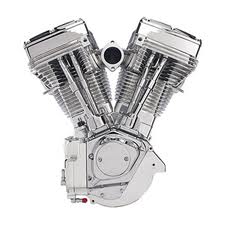 WE HAVE THE ANSWERS

Looking for the easy way to increase the horsepower of your big twin motorcycle? We can improve your horsepower and torque. Twin Cam engines with fuel injection have become a favorite performance platform over the past couple of years. MPH Ohio offers you information for a variety of upgrade paths.

Here a MPH we get hundreds of requests for engine configurations.

Riders want the simplest engine to build, the highest power they can get, an engine to beat their friends, an engine to go racing with. In short, every rider wants the ideal engine. They want big power increases and instant throttle response. They have describe a fire breathing race engine sitting in a street bike. What many riders don’t want to discuss or hear are the issues associated with these “over the top” engines such as:

And these are just a portion of the issues you have to face with these “monster” engines. Unfortunately, few riders think about this until their dream engine turns into a nightmare 9 months down the road. – more

Here a MPH we get hundreds of requests for engine configurations. Riders want the simplest engine to build, the highest power they can get, an engine to beat their friends, an engine to go racing with. In short, every rider wants the ideal engine. They want big power increases and instant throttle response. They have describe a fire breathing race engine sitting in a street bike. What many riders don’t want to discuss or hear are the issues  associated with these “over the top” engines such as:

And these are just a portion of the issues you have to face with these “monster” engines. Unfortunately, few riders think about this until their dream engine turns into a nightmare 9 months down the road.

After spending a lot of time thinking about what most riders really want versus what they think they want, I decided to come up with my own requirements for a strong engine upgrade package for Twin Cams. It had to meet the following
requirements:

That would be a good start on our “universal twin cam”. While there probably isn’t the perfect street engine for your Twin Cam engine powered bike, this comes as close as I have seen to meeting that definition. You’ll notice that I never mentioned a specific horsepower figure in our “perfect engine” needs. That’s because it is too easy to take a single HP or Torque number and take it
out of context. A good street engine has a broad torque curve that gets a bike moving quickly and keeps the acceleration going. A good average power number is more important than the maximum number.

If you went to most shops and gave them this list of “wants” for your updated engine, they would probably tell you that it just isn’t possible to build this engine. In most circumstances, I’d have to agree with these shops. Then I saw something that completely changed my opinion on what could be built.

Most riders have been conditioned to believe that for good power, you had to raise the compression ratio to 10.5:1. While most of the lighter Dyna’s and Softail’s could almost get away with this compression riding around on the street, the heavier Road King’s and FLH’s tend to have severe detonation issues. While the EFI knock sensors could stop the detonation issue, they also resulted
in much lower power than possible with the higher compression. I had never been a big proponent of high compression engines for heavy bikes, especially when I knew that once compression ratio’s exceeded 9.5:1 the extra power gained for every point of compression gained was very small. But a high percentage of the HD performance industry insisted on going with these high compression engines in heavy, air-cooled bikes. The engineering and physics involved in this never made sense to me.

MPH has been building world-class engines for all type of bikes for many years. Here at MPH we got tired of riders asking for big power engines in heavy bikes, then having to “back off the tuning” to handle the way most riders lug their engines around town. While sitting at the shop one day and discussing strong street engines I mentioned a very conservative 105/106+ engine I had recently put together. Knowing that MPH always puts together strong engines, I expected to see a nice power curve in the 2800-5500 RPM range. I was completely blown away when they showed me the dyno sheet on this table-top smooth power curve at 106ft.lb. starting at 2400 RPMs to over 5000 RPM. This same engine made over 105HP, all from a TC95 with a 9.5:1 compression ratio.

As you can see for yourself, this engine begins making power right off idle and is still pulling at 6000 RPMs. While this isn’t going to win you any dyno shootouts, do not underestimate the ability to move your bike down the road at some very illegal speeds. This engine is a “roll-on” build. Whatever gear you choose, at any RPM this engine is going to pull like a freight train when you
twist the throttle around. With its lower compression, it isn’t going to have much of a detonation issue. It is actually going to make a bike run much faster than the horsepower numbers would have you believe. In short, very close to an ideal street engine for any TC powered bike.

This build is quite simple in components:

Here at MPH we have several specific components that we know work better together than others and each motor we build is custom suited for its owner. The guidelines above are just that a guide. Now on certain builds I would stay away from porting heads. Lots of time more than not the head are left stock to keep the power delivery lower in the rpm ranges. Free-flowing heads tend to mover the usable power-up in the rpm ranges. This is just one of many examples why it is imperative to sit down and talk to me one on one so I can spec out the best performing package for your budget.

While I am showing some alternative engine components, this is for convenience only. The only way to ensure you get the same power results would be to have MPH actually build the bike. You should be able to get similar results by order all major components from us. If you want to use other components other than those listed, you can expect different results.

As a note to those riders who want to save some money, this engine combination can be done without going to the 95CID big bore kit. It is estimated that the TC88 version of this engine would make 2-3HP and 3-4 ft.lb. less power, but with the same broad, flat power curve.

For the guy with the bigger stock motors 103″ for example we offer similar builds as well. Final hp and torque will increase as expected but overall performance will be similar in rpm range and pull for a wide torque ranges of performance.

Confused about your fuel injection system?

We explain how your Harley-Davidson motorcycle fuel injection system works with our EFI 101.

How do I get more power out of my Harley?

“How to get more power” is one of the most frequently asked question received about improving a Harley’s performance. Some people are looking for more “get up and go” from their stock engines, while others are looking for higher dyno numbers.
For those who have a stock or mildly modified engine the answer is to move up to the next “stage”… or a Stage 1 kit to be more exact. Before dragging out the catalogs and bolting on every gizmo claiming to make your ride go faster let’s start with the basics of a Stage 1 upgrade.
You’ve probably heard terms such as Stage 1, Stage 2, etc. Now depending on who you ask, a Stage 1 upgrade could be anything from an exhaust upgrade to a new carburetor. I’m going to define the term as we use it: 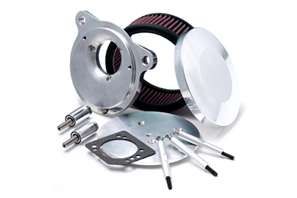 Stage One - Upgrade Consists Of The Following:

There is probably no greater beginning upgrade you can make than Stage One which is entirely a bolt-on procedure. If you want you can take this upgrade one step at a time however, I recommend going in the order listed above if not all at once.

Stage Two - Consists Of The Following: 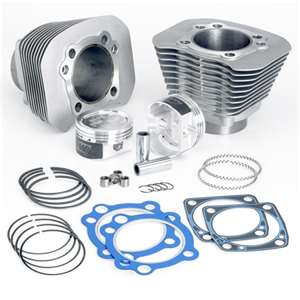 Is all about cubic inches. “Big Bore Kits”. With the addition of displacement to your motor MPH considers this the biggest bang for the buck. This goes back to the argument in the automotive muscle cars. And the question on everyones mind is “small block” or “BIG Block”. The same is true here. Whether you have an 88″, 95″ 103″ there is a big bore package out there for your application. When setting up this stage it will take years of MPH’s knowledge and blueprinting motor building practices to achieve the results you looking for. Yes any back yard mechanic can throw on a set of jugs but thats not what we do. There are several steps involved in building a long-lasting, fire breathing, window rattling, stump puller Harley other than just bolting on a set of jugs. Things like ring end gap, piston to wall clearances, piston to deck, piston to head, and piston to valve to name a few. So the next time you want your hard-earned money spent on some beer for your buddy to assemble your thousands of dollars of parts so he can turn your pistons into ashtrays good luck. This Stage is for qualified mechanics ONLY.

Stage Four - Icing On The Cake 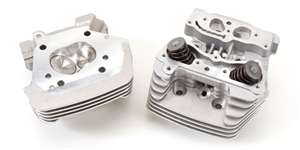 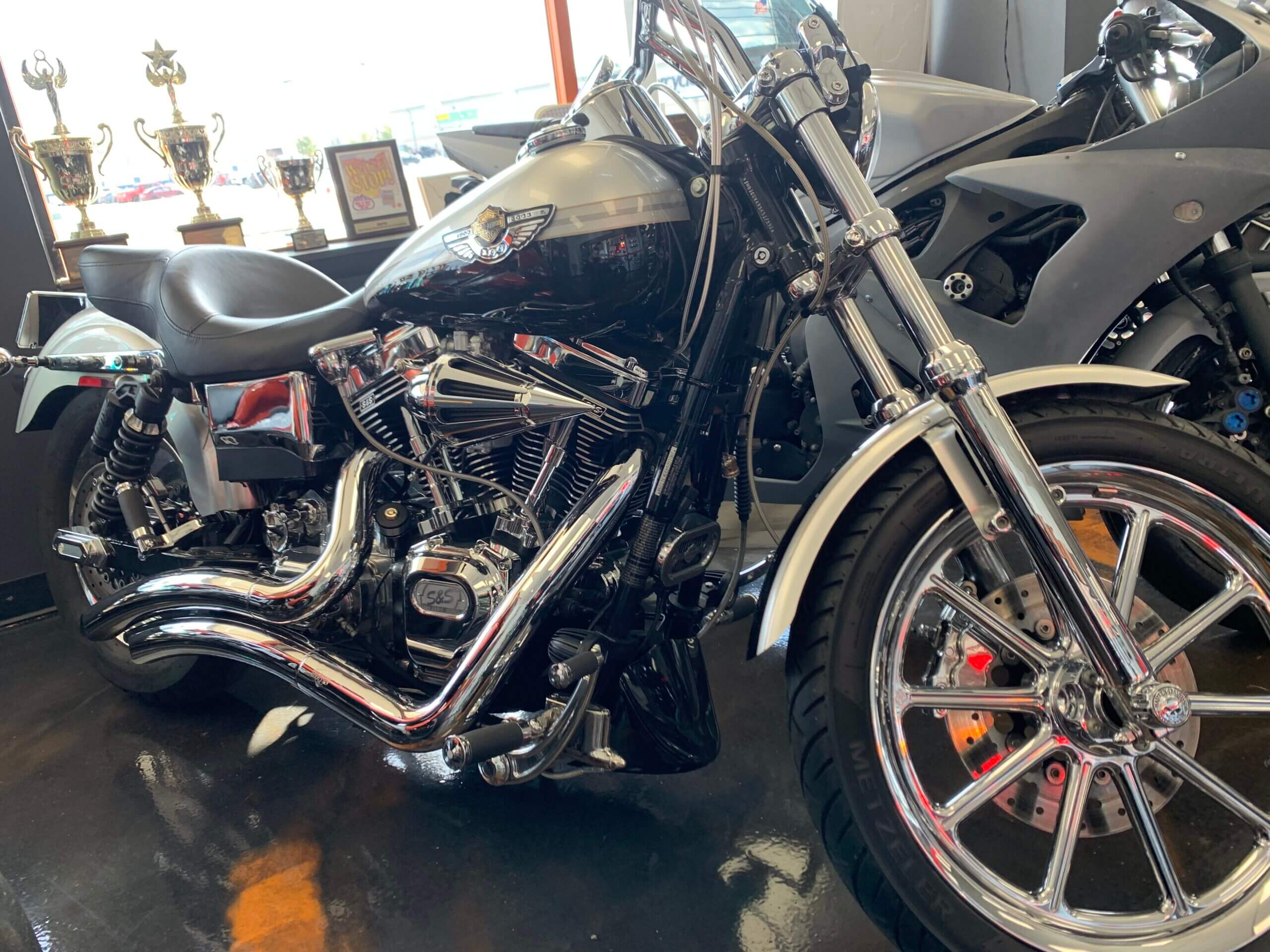 “Want an all in one package?” A few companies are make Long Block Crate motors 143 cubic inch, 136 cubic inch, 124 cubic inch, and 120 cubic inch. By far these are the best bang for the buck. Direct fitment in stock frame, can use stock air cleaner or aftermarket air cleaners. Many use stock throttle body depending on application. Come with a cam and fully billet upgraded oil pump and cam support plate. All motors come with manufacturers 1 year warranty and all made right here in the USA. 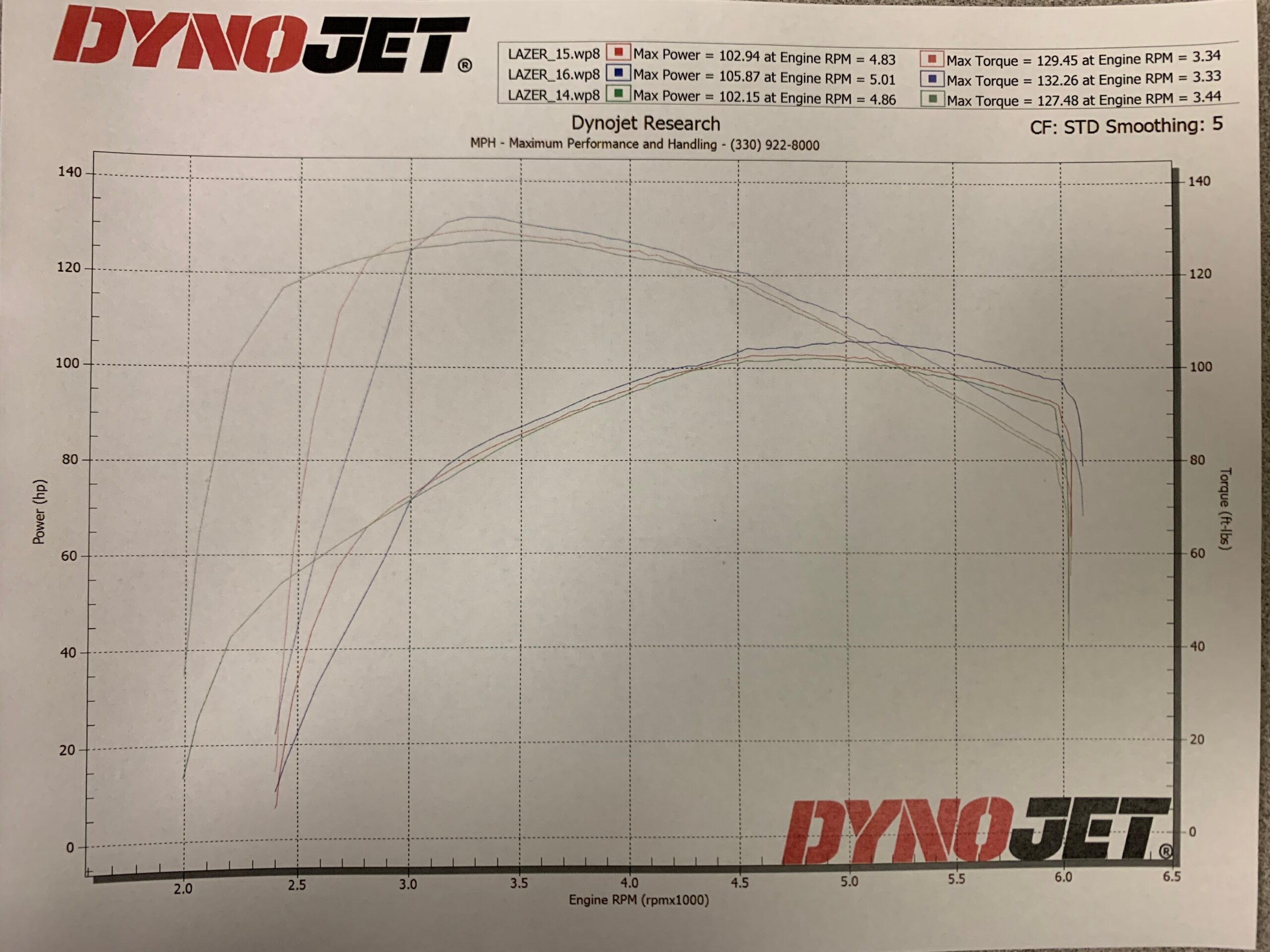 Proof is in the Pudding

This is on a 2003 Harley Dyna Low that has a 120 cubic inch crate motor. Custom 2:1 exhaust, 90 degree high-flow air cleaner and many more accessory upgrades. Making 105 peak hp and 132 peak torque.